The birth control pill increases the risk of thrombosis. This is now well known. But how high the risk is varies greatly between the different preparations. A study by the Leibniz Institute for Prevention Research and Epidemiology – BIPS now shows the risks for new birth control pills and proves that many young women in Germany are prescribed pills with an unnecessarily high risk of thrombosis. 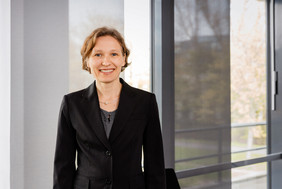 Prof. Dr. Ulrike Haug: "These are cases of disease, some of them very severe, which could be prevented by a different prescription behavior.“

In their study, the scientists compared the risk of so-called venous thromboembolism between nine combined oral contraceptives. Since these are reimbursable in Germany for girls and young women, health insurance data can be used to estimate the thrombosis risk of the different preparations in this age group. Overall, the study population included 677,331 girls and young women with a new prescription between 2005 and 2017, with a mean age of 16 years.

"Our study confirms that the combination of levonorgestrel with low ethinyl estradiol has the lowest risk of thrombosis," explains Dr. Tania Schink, a scientist at BIPS and lead author of the study. She adds, "We were also able to show that the risk of thrombosis for the new chlormadinone-based pill variants is twice as high and thus in the same range as for desogestrel and drospirenone. So anyone who wants to keep their risk of thrombosis from the pill as low as possible should use a preparation based on levonorgestrel."

The data basis for the study was the pharmacoepidemiological research database GePaRD. It contains billing data from four statutory health insurers in Germany and includes information on approximately 25 million individuals at present. In addition to demographic data, GePaRD contains information on drug prescriptions as well as outpatient and inpatient services and diagnoses. Information on approximately 20 percent of the general population is available per data year, and all geographic regions of Germany are represented.

"Thromboses are indeed very rare events, especially in young women. Nevertheless, based on estimates by the European Medicines Agency, it can be assumed that two to seven additional thromboses per 10,000 users occur each year as a result of prescribing pills with a high risk of thrombosis instead of those with a low risk. These are cases of disease, some of them very severe, which could be prevented by a different prescription behavior," explains Prof. Dr. Ulrike Haug, last author of the study and head of the Department of Clinical Epidemiology at the BIPS.

BIPS - Health research in the service of the people

BIPS is one of the oldest epidemiology institutes in Germany and is one of the leading international institutes in this field. The population is at the center of our research. We develop effective strategies for the prevention of chronic, non-communicable diseases. The primary goal is to set the course for a healthy life at an early stage. Our research spectrum ranges from method development and the identification of disease causes to intervention and implementation research.

BIPS coordinates the Northwest Cluster of the NAKO Health Study, the largest health study in Germany. It led the IDEFICS/I.Family cohort study, the largest survey of dietary behavior in European children. Since 2004, BIPS has maintained and expanded the Pharmacoepidemiological Research Database (GePaRD), which contains data from approximately 20 percent of the German general population and is one of the largest of its kind in the world. In September 2016, BIPS was also named a WHO Collaborating Centre for Obesity Prevention, Nutrition and Physical Activity.

BIPS is a member of the Leibniz Association, to which 97 independent leading research institutions belong. The Leibniz Institutes' research activities range from natural sciences, engineering and environmental sciences to economics, spatial and social sciences and the humanities. Leibniz Institutes are dedicated to socially, economically and ecologically relevant issues. Due to their importance for the whole country, the federal and state governments jointly support the institutes of the Leibniz Association. The Leibniz institutes employ around 20,000 people, including 10,000 scientists and researchers. The institutes have a total budget of more than 1.9 billion euros.